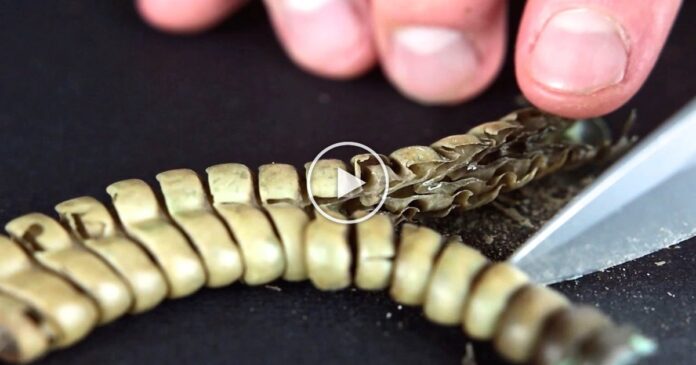 As we learned from a documentary film, the rattle sound of the rattlesnake from its tail had a fascinating effect on its prey. With this effect, the prey becomes unable to move, and the snake bites the prey in this situation and begins to swallow it after poisoning it. During this swallowing process, the snake continued to make the rattle sound. You can watch this video about what the rattlesnake is in its rattle and share your ideas with us.

During the swallowing, the snake entered its most vulnerable position. Because while its mouth is full of prey and its body remains concentrated on the movements of swallowing its prey, in this case the snake falls into a necessary indifference towards the outside world, and even if it detects a danger from outside, it is completely deprived of the preparation to counter it.

Meanwhile, the rattle sound it made from its tail prevented other animals, who knew what this sound meant, from approaching the snake. What an interesting balance!

The rattle serpent’s rattle thus enchants its prey while serving it to hunt it, on the other hand, the same rattle serves to protect itself from its enemies. But this is where the contradiction arises.

The rattle serpent’s rattle served as a warning to some of its enemies not to approach it, on the other hand, it assumed a function that would open the way for others to be prey by informing its location. The rattle, which is the snake’s greatest aid in catching its prey, also paves the way for it to become prey. His strongest side is also his weakest side.

Pittie follows his owner around the clock, even in the shower.

The Eagle’s Attack on the Baby Crocodile and the Mother’s Alligator’s...