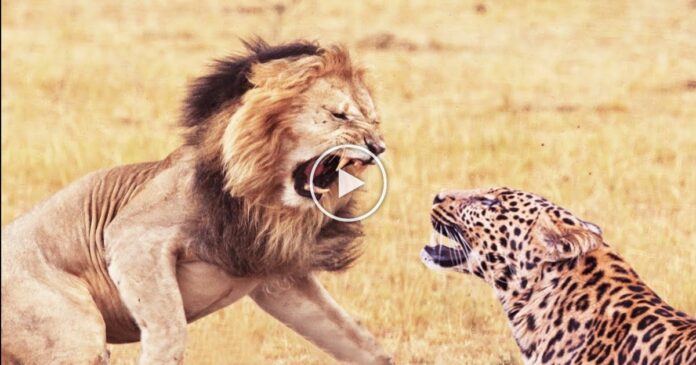 The word we heard from stories when we were little. When we look at real life, it is. The king of the jungle is lions. Because lions are better at hunting than other animals. There are no animals that live in herds and can withstand their strong jaws after determining their prey. It can hunt even larger animals than itself in a few moves. He declares these lions the king of the jungle. However, sometimes they can also eat easily.

Leopards have weaker jaws than lions. The leopard also hunts its prey. After it is full, it hides its prey in the branches of trees. Sometimes it eats its prey on the top of the trees so as not to lose it. The reason for this is that lions and leopards live in the same ecosystem. Lions are stronger, so they also eat leopards’ prey. They have established a great hierarchy in the savannah.

Lions and leopards are two different species of predators. But leopards have to bow to the power of lions. Since the habitats of these two creatures are the same, when the lions see them, they take care of the leopard’s prey. The leopards who are disturbed by this situation, on the other hand, drown the lion cubs at every opportunity to reduce the lion species. The lions, who cannot stand this, suffocate the leopard cubs.

The presence of two dominant species in the same place at the same time in nature causes some problems in this way. They kill each other’s young. However, the offspring will continue the lineage of living things. In the survival of the offspring, infant killing is added, as if other threats to natural selection (hunger, thirst, drought) were not enough.